Co-Crafting the Just City: A panel with Jim Throgmorton 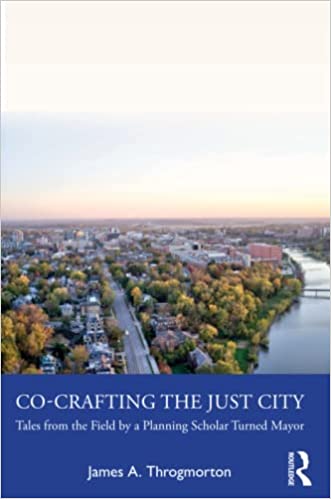 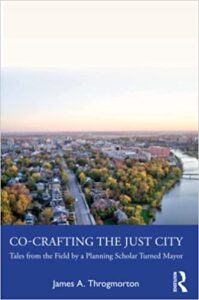 In this session a moderated panel of readers will discuss former Iowa City mayor Jim Throgmorton’s new book, Co-crafting the Just City. In it, Throgmorton narrates a story about how, using democratic processes of governance, the residents and elected leaders of the city tried from 2012 through 2019 to co-craft their city’s future while being immersed in a complex and often contentious flow of action. It also documents what happened when he and allies on the council tried during his terms as mayor of Iowa City from 2016 through 2019 to lead their city toward becoming a more inclusive, just, and sustainable place; that is, a more “just city.” The book is not fiction. Nor is it a case study driven by social scientific theories and hypotheses. Rather it is a truthful story narrated by a key participant in the unfolding of events. Throgmorton invites readers to imagine that they are witnessing the unfolding from a ringside seat, being party to what he was doing, thinking, and feeling as he participated in the action, and he invites readers to imagine they are engaged in dialogue with him as the action proceeds.

This event is live and in-person, and will be streamed live at: https://www.youtube.com/thelibrarychannel