100 Days of Alexandre Dumas’ The Count of Monte Cristo

50 Days of Stendhal’s “The Red and the Black”

100 Days of The Brothers Karamazov 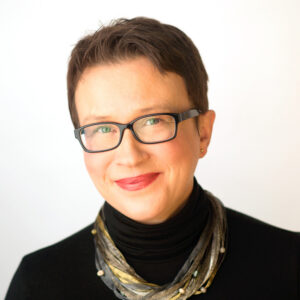 Anna Barker received her Ph. D. in Comparative Literature in 2002 with a dissertation in translation studies. At the University of Iowa she has taught courses in the English Department, in Cinema and Comparative Literature, and in Asian and Slavic Languages. She has translated the works of numerous International Writing Program writers, and several of her translations have appeared in 91st Meridian and International Accents. Her essay on Helen Maria Willims’ translation of Paul and Virginia will appear in Women and Translation (University of Ottawa Press, 2010). Her areas of interest include translation, 19th-century European and American literature, and women writers. In recent years, she has regularly taught the authors course “Tolstoy and Dostoevsky,” organizing, in fall 2010, a campus-community celebration to commemorate the 100th anniversary of Tolstoy’s death. The celebration featured an open-air reading of Anna Karenina (all 816 pages) in downtown Iowa City over four days with dozens of participants.