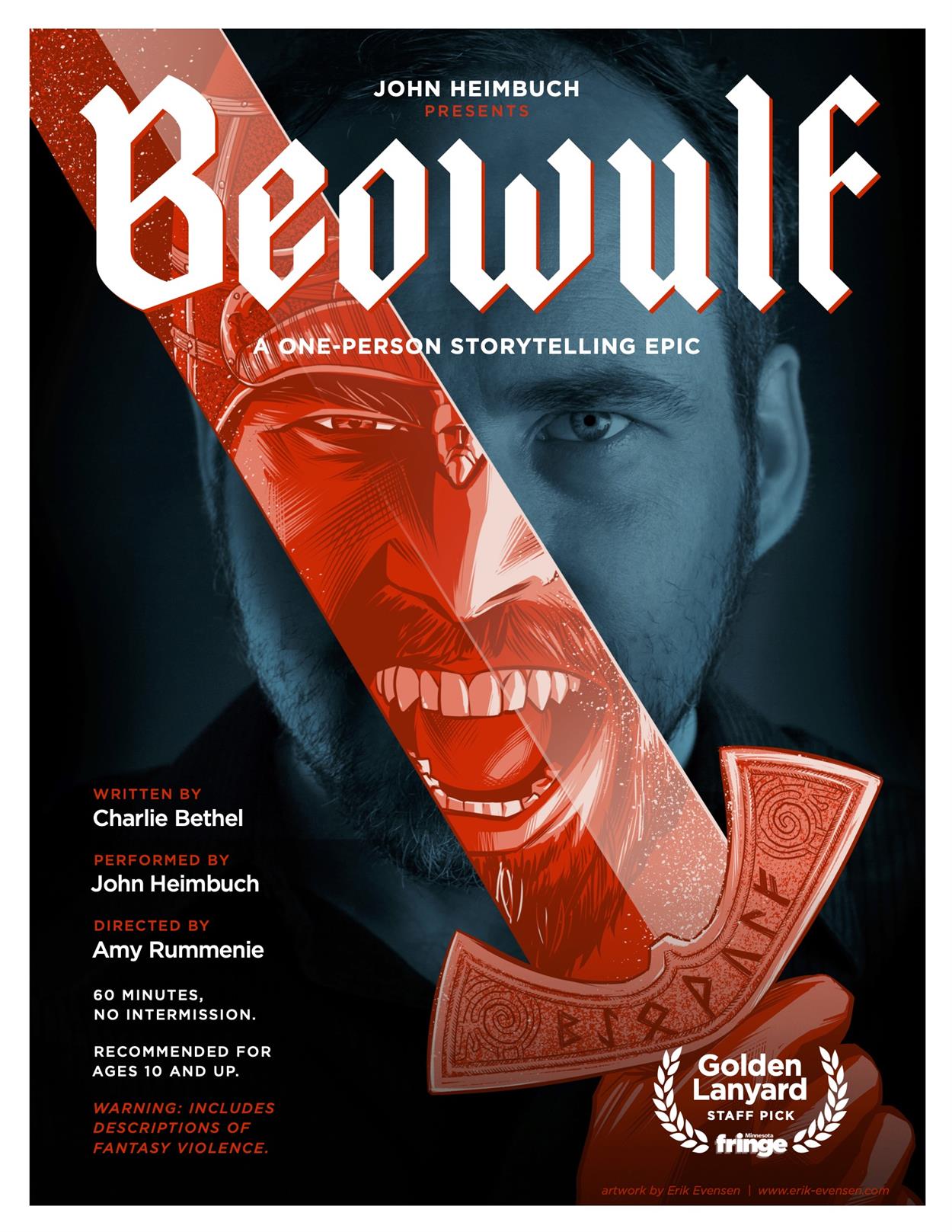 This faithful and accessible adaptation of this classic Old English poem about a warrior king and
three famous monsters, emphasizes the wit, vigor, and meaty language of the original Anglo-Saxon
epic.

Writer Charlie Bethel was a renowned storyteller. He adapted Beowulf into a solo theatrical text in
2001, and performed it and at venues across the United States until his death in 2017.

John Heimbuch first performed Beowulf at the 2019 Minnesota Fringe Festival, and has performed it
at backyards, bars, schools, theatres, firesides, parks, conventions, and online ever since. He is proud
to continue the legacy of Charlie Bethel’s work. 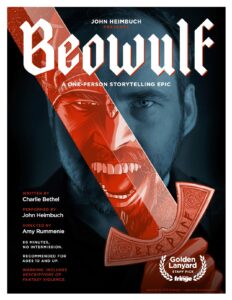